Well. as the year is drawing to a close (just a month to go) I thought now was as good a time as any to list the albums that have been my favs this past year.

This is clearly my favourite compilation of the year gathering together 41 artists that recorded sessions for John Peel between 1977-79, and what a bunch of bands: The Jam, The Rezillos, The Flys, XTC, Dr Feelgood, Joy Division, Killing Joke and Madness just to name a few. Brought back a lot of memories for me of being a 14 year old lad listening to Peel on a transistor radio under the covers!

I hope that they are going to release some more compilations like this as there were so many great sessions over the years.

There has of course been a fair few Madness compilations over the years and this 3CD and 1DVD collection doesn't really cover any new ground apart from the inclusion of 'La Grand Pantalon' that they did for a recent beer commercial and a few tracks from the excellent 'The Liberty of Norton Folgate'. There's a few duffers on it (in particular the tracks from 'The Dangermen Sessions'. Only two singles are missing from the collection but they are not missed when some of their brilliant b-sides have been included. The DVD is the 'Madstock' gig from 1992 (getting it's DVD debut) which of course is a fine live testament to their greatness. 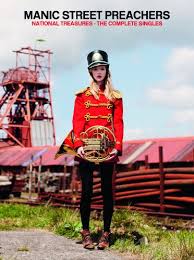 I have never been a huge fan of the Manics. There are songs that I have absolutely loved of theirs and there has been stuff that I have not liked at all. One thing about them though is that they consistently released good singles - they didn't always top the charts, but that's not what they were seeking to do. This collection is much better than the previously released 'Greatest Hits' album 'Forever Delayed' and gathers together all the singles plus a new rendering of the classic The The track 'This is the Day' (which some people loathe but I actually like!). 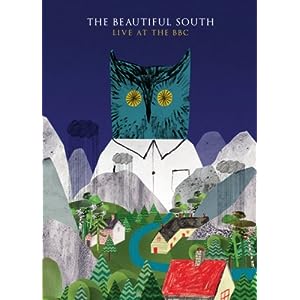 They were not everyone's cup of tea but I have a fond affection for The Beautiful South. This collection comprises sessions and live material from the BBC archives and includes a DVD of performances from Later with Jools Holland and a Top of the Pops performance of 'Old Red Eyes is Back'. A couple of years ago a 2CD collection was released of the BBC Sessions but this one is far more detailed and the 2nd CD captures the band live in Blackburn's King George's Hall and shows what a force they were in concert. 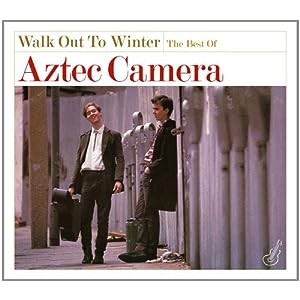 For £3.99 from Amazon this little 37 track compilation brings together some of the fine music that Roddy Frame released under the banner of Aztec Camera. The only thing missing from it are the singles released on Postcard but that is forgiven when you see the tracklisting. Drawn from the single releases and album tracks and a couple of cover versions thrown in for good measure (Van Halen's 'Jump', Cyndi Lauper's 'True Colours' and 'If Paradise is (Half as Nice), orginally done by Amen Corner and features Andy Fairweatherlow on vocals). It's a good reminder that Frame is a great songwriter who is often forgotten when people consider the best Scottish writers.
Posted by Doug at Soundtrack4Life at 16:08 No comments:

Posted by Doug at Soundtrack4Life at 09:32 No comments:

Listen to every track from every John Peel Festive Fifty

Listen to every track from every John Peel Festive Fifty
Posted by Doug at Soundtrack4Life at 13:33 No comments: